As co-founding member of the Rada Film Group, filmmaker, artist and author, Michèle Stephenson, pulls from her Panamanian and Haitian roots and international experience as a human rights attorney to tell compelling deeply personal stories in a variety of media that resonate beyond the margins.

Her work has appeared on a variety of broadcast and web platforms, including PBS, Showtime and MTV. Her most recent film, American Promise, was nominated for three Emmys including Best Documentary and Best News Coverage of a Contemporary Issue. The film also won the Jury Prize at Sundance, and was selected for the New York Film Festivals’ Main Slate Program. Stephenson was recently awarded the Chicken & Egg Pictures Filmmaker Breakthrough Award and is a 2016 Guggenheim Fellow. Her current work, Hispaniola, is supported by the likes of the National Film Board of Canada, the MacArthur Foundation, Telefilm Canada, the Ford Foundation and the Sundance Documentary Fund.

Her community engagement accomplishments include the PUMA BritDoc Impact Award for a Film with the Greatest Impact on Society, a Revere Award Nomination from the American Publishers Association, and she is a fellow of Skoll Storytellers of Change. Promises Kept, written along with co-authors Joe Brewster and Hilary Beard, won an NAACP Image Award for Outstanding Literary Work.

Invite Michele to speak at your next event

Producer and Director, Joe Brewster is a Harvard trained psychiatrist who uses his psychological training as the foundation in approaching the social issues he tackles as an artist and filmmaker.

Brewster, in conjunction with his Rada Film Group co-founder, Michèle Stephenson, have created stories using installation, narrative, documentary and print mediums that have garnered support from critics and audiences internationally. He is a recipient of fellowships and grants from the Sundance Institute, the Tribeca Film Institute, BAVC, MacArthur Foundation, and most recently the John Simon Guggenheim Foundation.

Brewster is a Spirit Award and three-time Emmy Award nominee. His recent documentary film American Promise was awarded the U.S. Documentary Special Jury Award for Achievement in Filmmaking at Sundance and the African American Film Critics’ Association Award. Brewster’s outreach accomplishments include a Revere Award and the 2013 NAACP Image Award for the best selling companion book Promise’s Kept and a BritDoc Prize for developing one of the most innovative outreach campaigns in 2014.

Invite Joe to speak at your next event 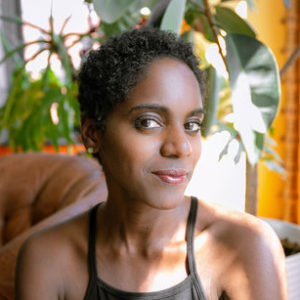 Arielle is a New York based documentary film producer invested in using film to create moments of critical engagement, dissidence and play. She is a graduate of the New School for Public Engagement where she received an MA in Media Studies & Documentary Filmmaking. Since then, Arielle has worked with award-winning filmmakers like; Garrett Bradley, Catherine Gund, Peter Sillen. Her work has been supported by NYSCA, Chicken and Egg, Women Make Movies and IFP. Most recently she joined the Rada Film Group to support multiple projects in production and development. 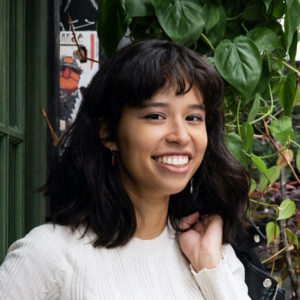 Gisela is a multimedia creator and filmmaker raised in the Rio Grande Valley of South Texas, of the Honduran and Mexican diaspora. She explores displacement, memory, and healing in queer communities of color through video journalism, mixed reality projects, and writing. Gisela graduated from NYU in spring 2018, double majoring in Film & Television and Latinx Studies. 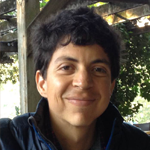 Alfredo Alcántara is a Mexican cinematographer based in Brooklyn, NY. His camerawork is featured in the award-winning documentary American Promise (Sundance Film Festival, Jury Award 2013). In 2012 he shot thirteen episodes of The Unexplained, an A+E Television Series produced by Doug Liman. The following year, he shot ten episodes of American Freedom Stories, a BIO Channel miniseries outlining the Civil Rights Movement in Alabama. His short documentary Duke and the Buffalo was a finalist for best documentary at the Tribeca Film Festival in 2014. That same year he co-directed and shot El Porvenir, a short documentary that premiered at SXSW in 2015. He recently finished shooting and co-directing an upcoming History Channel digital series about conservation ranching in Colorado, set to air in the Fall of 2015. 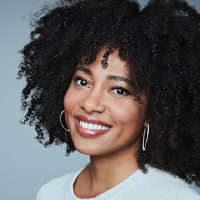 Contessa is a New York City and Bay Area-based documentary filmmaker, an award-winning journalist and an Emmy-nominated producer. She’s committed to telling stories about identity and social change with a focus on communities of color. She earned her B.A. from Columbia University and an M.A. in Journalism from New York University with a concentration in Documentary Film. Her thesis documentary, School of Yoga, screened at the 2015 DOC NYC film festival student showcase. From 2014 to 2018 Contessa worked for CNN, where she created, produced, directed, shot, wrote and edited acclaimed original digital video series and documentaries including, her first feature film, The Feminist on Cellblock Y (2018 Eppy Award Finalist), Women Who March (2018 Webby Award Honoree, 2017 Eppy Award Finalist), Women Who March: The Movement (2018 Eppy Award Winner), This Is Birth with Lisa Ling (2017 Namic Vision Award Nominee) This Is Sex with Lisa Ling (2018 Namic Vision Award Nominee), Unstereotyped and the 2016 News & Documentary Emmy-nominated Feeding America’s Most Vulnerable Children. 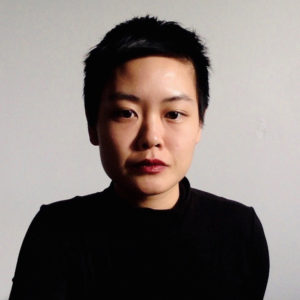 Ashley is a second generation Taiwanese American interested in developing narratives about identity and social change with a focus on communities of color. As the Projects Manager of the Rada Film Group, she brings her experience supporting independent artists at the Asian American Documentary Network, Visual Communications Media, and the Documentary Film Program at Sundance Institute—with a commitment to shifting the marginalizing norms of the documentary field. 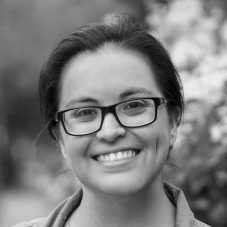 Isabel Alcántara is a Mexican documentary filmmaker with a background in photojournalism from the Newhouse School of Public Communications. In 2012, she and her brother co-founded Ponderosa Productions, a documentary production company with the goal of detailing current events, dying traditions and key issues of their generation. She has produced award-winning content that has screened at SXSW and major television networks such as A&E and History Channel. She has also shot photo and multimedia content for Paper Magazine, and The New York Times, and is a staff writer for the GLAAD award-winning queer website, Autostraddle.